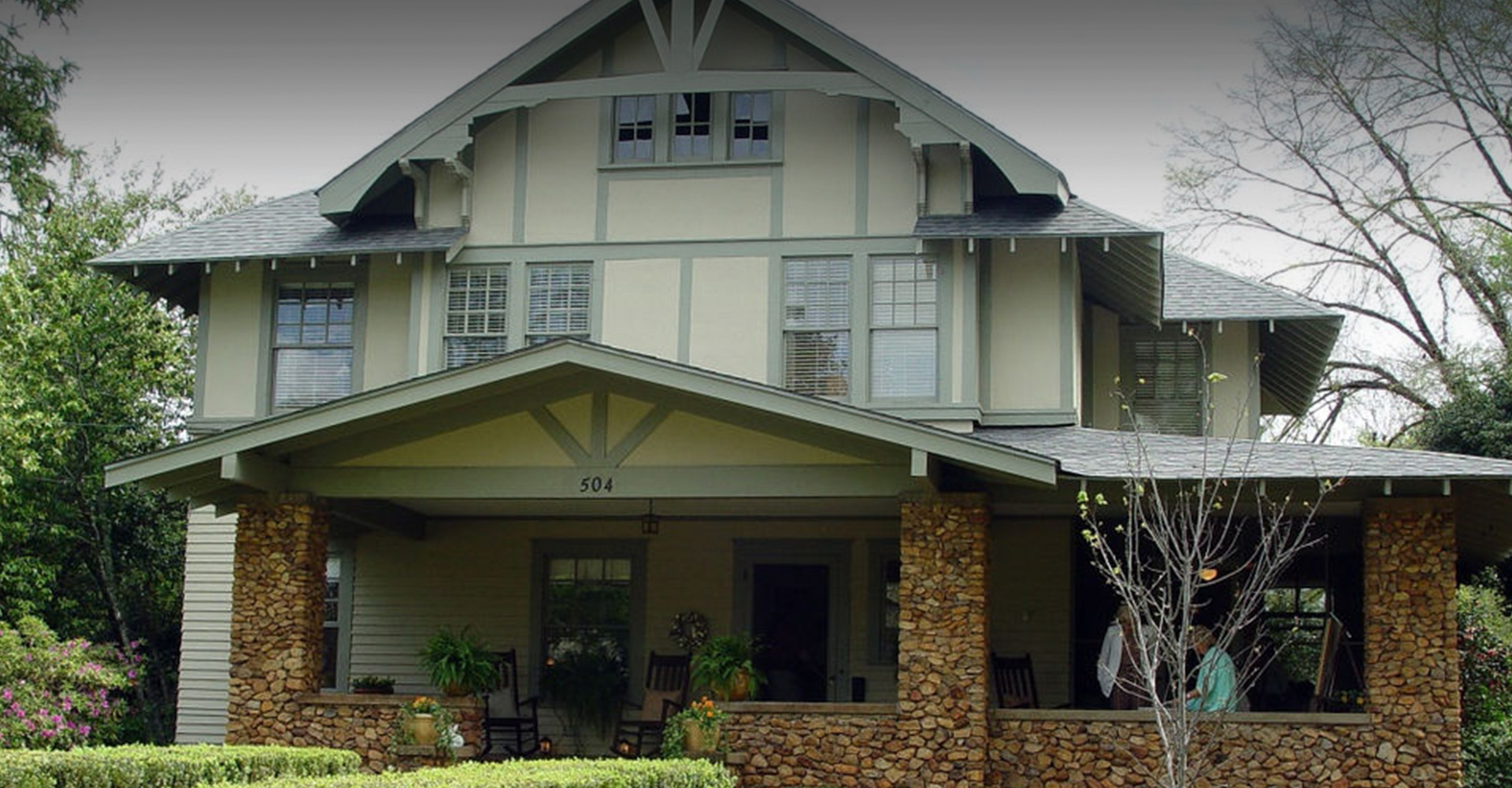 When scrolling through your radio dial (or a streaming service these days) you find yourself with options for different genres of music – Rock & Roll, Country, Classical, or maybe Talk Radio. When decorating a home, most people show a preference for a particular genre, or style, of design.

If you’re enamored of the look of Colonial Williamsburg, you probably shy away from ultra-modern furniture. Those with more classical tastes likely avoid flamboyant wall colors.

These tastes and preferences are also reflected in the physical design of a custom home, from the look of the exteriors to selections in trims for interior rooms.

One popular design choice is the Craftsman Style.

The simple lines and uncluttered structure of the Craftsman Style owe much to a Wisconsin-born son of German immigrants named Gustave Stickley. As a teenager, Stickley moved to Pennsylvania to apprentice in his uncle’s furniture factory, and there he began to develop his ideas for what became an influential architectural movement.

In 1883, Stickley moved to Upstate New York and founded Stickley Brothers & Company, and soon developed a new line of furniture called, simply, “New Furniture”. Like many, he had grown weary of the ostentatious looks of Victorian and Gothic design, and wanted something clean that clearly showed the work of the carpenter. His simple chairs and tables showcased the beauty of the hardwoods he used, and the exposed joints and mortises pointed to the ingenuity and skill of the woodworker. Indeed, Stickley’s “mark” on his furniture included a Flemish phrase, which translated roughly as, “To the Best of My Ability.”

He later began publishing a newsletter, “The Craftsman,” which offered architectural plans, served as a furniture catalog, and published letters and articles about the importance of the worker.

At its rawest level, the Craftsman Style was a celebration of fine craftsmanship. While it borrowed much from the simplicity of the Shaker designs and Mission furniture before it, Craftsman Style also helped to bring to life the Art Deco designs of the 1930’s and heavily influenced a young Frank Lloyd Wright. When looking at Wright’s buildings and homes, one can draw a direct line from his “Prairie School” of architecture to Stickley’s simple chairs and tables.

The simplicity of design inherent in the Craftsman Style spurred many notable builders and architects to adopt is as their own. From 1900-on, entire regions and communities found themselves awash in Craftsman homes. They became so popular for young families that one could order one from a catalog. You simply picked a design that you liked, and the entire home could be shipped to you via rail, with each board carefully measured and numbered. An enterprising homeowner or carpenter could simply read through the directions and then begin assembling their Craftsman home like an elaborate Erector Set. Many of these catalog homes still exist, and there are a number of excellent examples in Richmond’s Forest Hill neighborhood.

The style of home you select is entirely up to you. You may be a little bit Country, or a little more Rock & Roll. We’ll work with you to determine which style fits your taste, and have you dancing into your new custom home in no time.